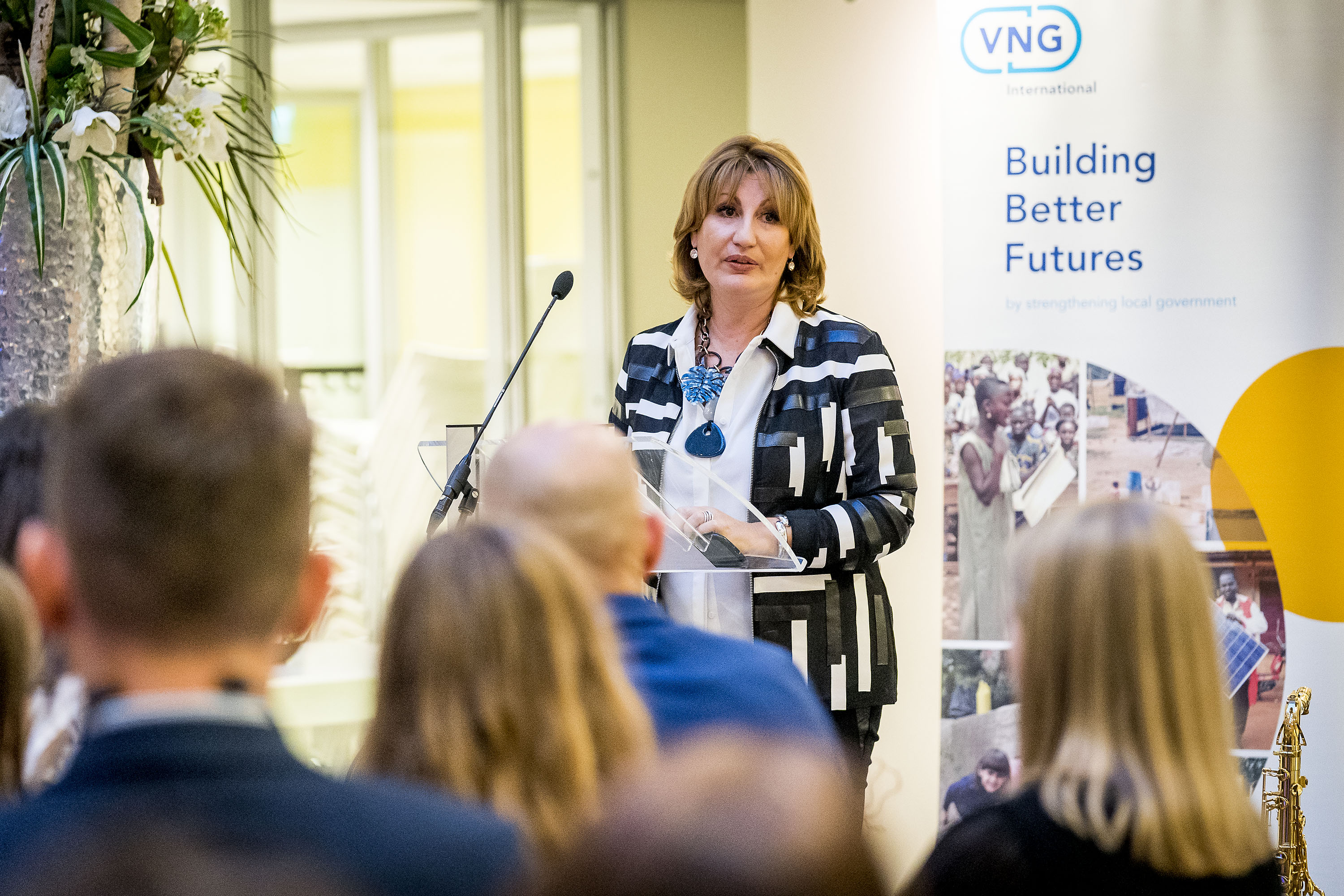 On 17 January, VNG International hosted its New Year’s Reception, welcoming around 200 guests at the “Willemshof” building. This event saw the yearly Global Goals awards (in a renewed set-up) and the VNG also became a ‘Global Goals House’ on the spot. Aside from these celebrations, Ms. Emilia Sáiz, Secretary General of the global organization of all local and regional governments, UCLG, delivered an inspiring key note speech on the role of local governments in achieving international agendas and objectives. Ms. Sáiz also participated in an open seminar of the VNG’s committee on International and European affairs on the Sustainable Development Goals, earlier that day. Read on for more information!

Counting on you to think local and act global

In her inspirational key note speech, Emilia Sáiz underlined the crucial role of local governments in the implementation of international agendas. Ms. Sáiz emphasized that the VNG has always been the alma mater of the international municipal movement, as it held the secretariat of the predecessor of UCLG for many years. Sáiz: “The municipal associative movement is deeply rooted in Dutch values and has greatly benefited from what this country has learned from its own decentralization processes and also from its international aspirations which are part of the Dutch DNA and that have been feeding the understanding of international trade and relations for many decades”. Sáiz thanked the Dutch municipalities and the VNG for their continued support to and work within the international municipal movement and mentions UCLG counts on them to continue to think local and act global, to work to secure a future for humanity. 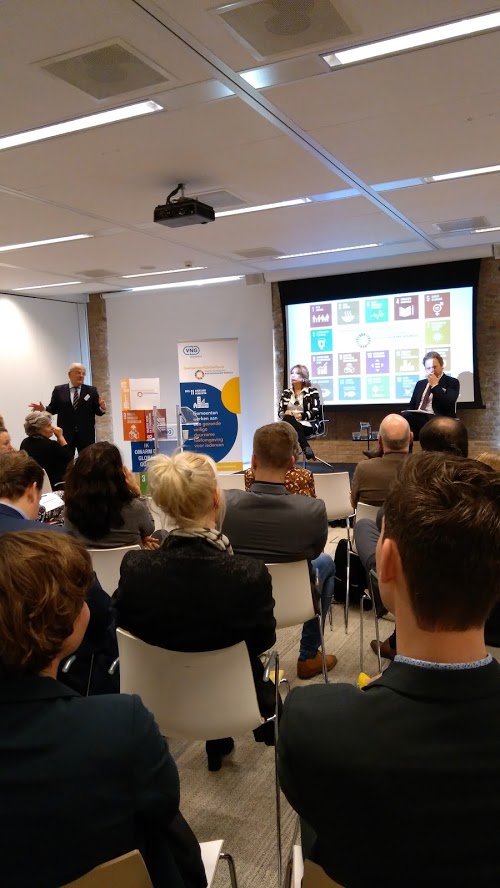 At the SDG seminar of the VNG’s committee on European and International Affairs in the afternoon, Ms. Sáiz already mentioned that the SDGs are the foundation of a new social contract, built on all agreements internationally. She welcomes the early engagement of Dutch municipalities and the VNG with regard to the SDGs: “Dutch cities have been frontrunners on this agenda, as they were on the Millennium Development Goals”. The seminar of the Committee was completely dedicated to the SDGs, in the context of becoming a Global Goals home later that day. Participating politicians and civil servants discussed with the national SDG coordinator Sandra Pellegrom and Economic Counsellor of the representation of the European Commission in The Hague, Hans Naudts, how the world, the EU and The Netherlands are doing with regard to Agenda 2030 for Sustainable Development. All speakers concluded that strong multi-level cooperation is required to be able to achieve the Global Goals. Jantine Kriens, Director of the VNG, concluded the seminar by making a strong appeal to the Dutch government to not only lean on municipalities to achieve the SDGs and to tackle the compartmentalisation within the national government, which is currently an obstacle for the implementation of this agenda.

Back to news archive